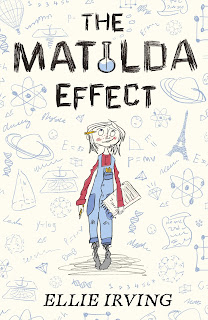 Matilda is a budding scientist who finds out her grandma was once a famous scientist herself until she suddenly left her job. After finding the reason was because of a new planet her grandmother had discovered only to be stolen by her boss, Matilda convinces her grandmother they must stop him from receiving the Nobel Prize in Sweden. Now, they live in a small town in England and without valid passports or means of transportation how will they get to Sweden within the next 2 days? Join Matilda and her grandmother as they go on an adventure of a lifetime to rightfully claim her grandmother’s discovery. Along the way they will meet a couple on their way to France, a famous actor with a false alias, a traveling circus and a dangerous Russian businesswoman who will aid Matilda and her grandmother on their journey.Includes mini biographies of famous female scientists and science experiments.