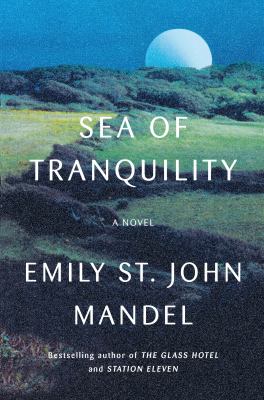 A novel that explores characters living across six centuries, through several pandemics and amid human-manufactured rivers and skies is no small feat, let alone one to be accomplished smoothly. Yet, such a read exists in Emily St. John Mandel’s newest book, Sea of Tranquility. Like many recent novels, this is St. John Mandel’s “pandemic project”, and though it does feature a pandemic to a degree, what it accomplishes goes much further.

The book begins in the year 1912 on rural Vancouver Island. Edwin St. Andrew experiences something that can only be described as otherworldly, and quickly plunges into madness. Unbeknownst to Edwin, he shares this experience with countless others: hundreds of years later, with author Olive Llewellyn; in modern-day Caiette, BC, with young filmmaker Vincent (who readers will recognize from The Glass Hotel) – and with Gaspery-Jacques Roberts, whose presence, some might say, arrives in perfect time. What is this mysterious flash that transports the characters to the same space, though they exist centuries apart? And how does Gaspery, a seemingly “typical” human, appear century after century? Add a universe where humans no longer inhabit only Earth, having expanded to colonies on the moon, and you have a novel that explores not only the bounds of the Earth, but also those of time.

Sea of Tranquility offers its readers a little of everything: a healthy dose of realism, an exploration of what it means to do the “right” thing, even with unimaginable consequences, and a sprinkling of the supernatural. St. John Mandel’s fluid prose seamlessly carries its reader from beginning to end and ties the novel up in a neat little package. This was a full, but not heavy, weekend read, and with its expansive themes I am certain readers from every walk of readership will find something that is theirs within its pages.

The Golden Couple The Summer Place A River Enchanted The Lyrics, 1956 to the Present The Kaiju Preservation Society Sea of Tranquility Mindful of Murder Red Thread of Fate The Arrangement Utopia for Realists by Rutger Bregman » View All