The Metro Dogs of Moscow 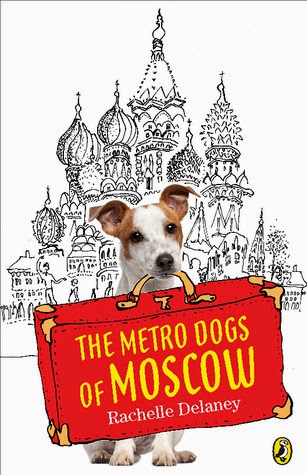 Moscow, a city of architecture and history is home to JR, a Jack Russell Terrier who lives there with his owner George. George works for the Canadian embassy and JR has travelled all over the world with George and has some personal opinions on his current residence. This city is busy like Paris and that means no off-leash exploration for JR, who being a terrier is often tempted to explore because of his keen nose. Of course, once JR escapes out the apartment window and tastes freedom nothing can stop him from making friends with Moscow’s stray dogs. They show JR the sights and sounds of Moscow, including how to navigate the metro system and steal delicious Kroshka Kartoshka’s (stuffed potatoes) from unsuspecting humans. As his friendship with the stray dogs grows, so does his loyalty to his new friends and when some of the stray dogs begin to disappear, it’s up to JR and his friends to find out where they went. JR enlists his embassy dog friends to help with the search and they travel via foot and metro to collect clues in the disappearances.