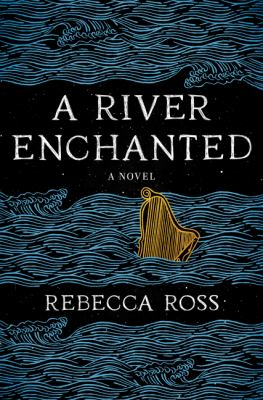 After ten years away from his ancestral home, the magical island of Cadence, Jack Tamerlaine has been summoned back by his laird. He returns, unsure of what he’ll find, or what he’ll feel, being back on the island that he was forced to leave at age twelve. Turns out, it was his childhood nemesis, Adaira, who summoned him back, because she needs his help: young girls are going missing, and Adaira is unsure if it is the spirits who are to blame. Those spirits are crafty, but Jack is willing to use his skills as a bard to try to win them over to find the girls. The island has many secrets, however, and Jack and Adaira are entwined with more of them than they realize.

The word that comes to mind when I think back on this book is “lovely”. I feel like I spent weeks on Cadence, breathing the salty island air and learning about the spirits and worrying about the missing children. As the mystery is unraveled, things are paced perfectly, with enough information revealed to keep things moving along but also enough space to really feel the island, to live there with the characters. I loved the clan dynamics and how everything feels distinctly Scottish, but with those magical, fae elements.

The characters in this novel are so well-written, you’ll forget you’re reading about fictional people. Jack and Adaira are who I would consider the “main” characters, and they couldn’t be more different from one another. Jack is soft, with music in his heart, but he’s been slighted by the island, and it takes him time to readjust and accept that it could still be his home; Adaira is strong, ready to rule her clan justly and passionately in the event of her father’s death. But it is Sidra and Torin, two more minor characters, who drew me in the most. The amount of compassion and love that they have for each other and their daughter, the way that their relationship changes as they change and grow and suffer loss and heartache and triumph, is truly moving.

I can’t wait to return to Cadence and these characters in book two, which will be published in December this year.